“There was nowhere to go but everywhere, so just keep on rolling under the stars.”

― Jack Kerouac, On the Road: the Original Scroll

Last week we got to check off another bucket list item…Public Radio Interview! We had a quick chat with Audrey Nowakowski, host of Lake Effect over at 89.7 FM, Milwaukee’s NPR station, which goes live today. It was such a trip to reminisce about those first few years and how we got to where we are now. This year is a ten-year anniversary of sorts. While Chris has been at this night photography stuff for 15 years, in 2010 – a year after we met – Chris and I jotted down our dreams: let’s launch an art business together! It was barely a napkin sketch and a name. But we popped on a $10 domain, fadingnostalgia.com (precursor to The Flash Nites), to make it official.

Now, it’s true that another entire year would go by before we really put the pedal to the metal. But eventually, we created the brand, launched the website, and began our love affair with what is now an annual nomadic lifestyle: art festivals all summer long and photo adventures during the winter. Whether we’re showing our work in Kansas City, collecting polaroids along Route 66, or grabbing night photos in East St. Louis, we’re in our zone.

So, our last blog post here was almost exactly a year ago (to go behind-the-scenes / making of the album art for Trapper Schoepp’s Primetime Illusion) That’s a REAL long time to go without any writing or updates or exploration stories. But 2019 proved to be one of our biggest, busiest, and most badass years to date. It was so wild, so action-packed, that all we could do is hold on for dear life and ride the wave. Between May and September, we traveled over 6,000 miles through six states to tell people all about light-painting and sell our work. Then in the fall, we jumped back in the car to do another 2,700 miles of road trips to photograph stuff for the new season. And here we are. It’s almost February and the festival jury results comin’ in hot. Another crazy year ahead…..we hope!

You see, as an artist, we spend a lot of time in a constant state of anxiety. Is our work good enough? Are we connected to the right people? Are we applying to the right shows, exhibitions, and gallery events? Will we even get into them? What’s the next step? Where’s the next level? Are we doing enough? Too much? How will we put food on the table if it implodes and everything comes crashing down?

For most of the past near-decade, we’ve been grateful for and humbled by the opportunities we’ve been given and the people we’ve met. But it wasn’t without its left hooks and gut punches. It was not without failures. And it was definitely not without a little self-bludgeoning.

But something clicked last year. We took a second look at everything we had learned, particularly from those failed opportunities. And we changed. Not for them [finally], but for us. We worked even harder to kick down the doors to the places where we knew we’d fit. And to the places that didn’t? We said our goodbyes. We let them go. We made peace. 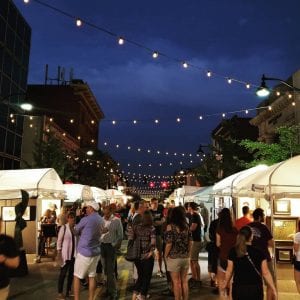 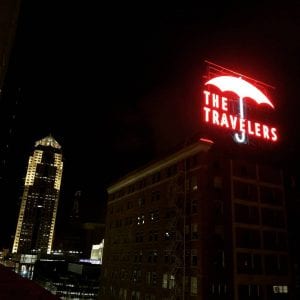 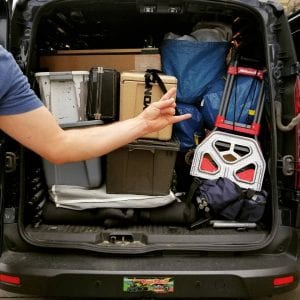 And when all was said and done, we killed it. 2019 was a red-letter year. But not because we won contests and awards or got recognized by gallery or museum curators. No. It’s because we unlocked some sort of portal in our mind that told us that it’s ok to be who we really are . . . the kind of artists who bring life, color, and stories into the lives of others, city-to-city, face-to-face, over miles and miles of countryside. Boots-on-the-ground artists. Door-to-door sales. Sweating it out with our fellow artisan buddies in our tiny white tents on hot pavement.

When you put on the shoes that fit – you’d be surprised at how far you can run.

Last year we talked to thousands of people. And this year we’ll talk to thousands more. It’s the best part of what we do. Getting to know new people. Chatting with old friends. Exploring their towns and cities. It’s why we drive 1,000 miles to light up an old house at midnight even if it’s only 15 degrees outside. When we find our people – the ones who see the beauty in this wild and weird old stuff – we don’t feel so alone, and hopefully, they don’t feel so alone either.

Now to you, friend, and dearest reader, the world needs more color, more weirdos, more wild stories, and more people who don’t always fit the mold or stay inside the lines. If that’s you, get out there and kick some ass yourself. And if you know an artist who’s doing his, her, or their best to make this crazy art life work, give them a high-five, a hug, and holla. Spread the love. Tell the world. Everyone needs more art.

Listen to us on WUWM’s Lake Effect!

Diggin’ our photos? Join our VIP Club, collect our work, or share this with someone you love #illuminatehistory …