THE ROAD TO PUBLISH 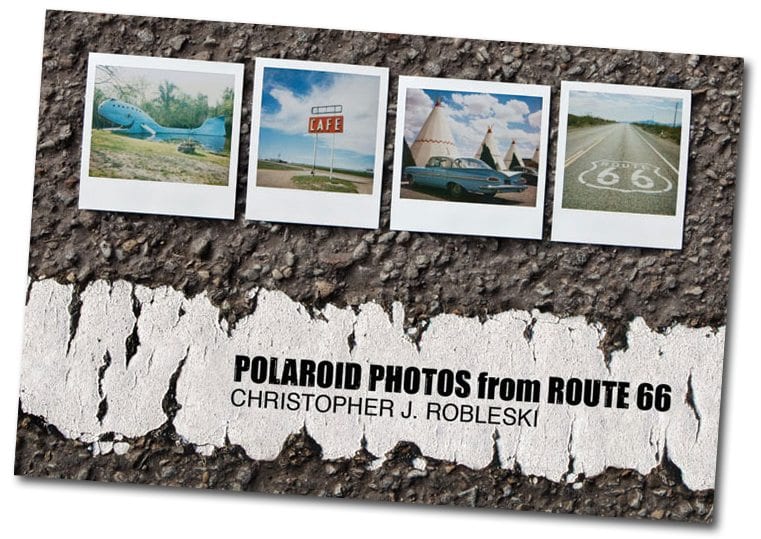 First and foremost, we truthfully couldn’t have finished this project without our friends, family and Fading Nostalgia supporters everywhere…thank you! In December 2011, we self-published our book Polaroid Photos from Route 66, a 160 page book of about 275 Polaroid photographs taken by one-half Fading Nostalgia, Chris Robleski. Chris began capturing Route 66 with his plastic instant cameras back in 2006, making the journey an annual tradition. With the help of our Jumpstarters, Chris made it to the end of Route 66 to complete the project. Along with finding a printer/publisher, designing the layout and writing about his personal experiences to accompany the Polaroid images, the final months before publish were high octane to say the least! To read more about the book creation “behind the scenes,” check out our blog post about the whole process. We are proud to say that we printed and self-published in the USA. It’s a tough market for self-publishers these days, especially when you feel very strongly about keeping production in America. While costs are often considerably lower over seas, we felt that the book’s subject matter–speaking to the strife of small businesses along the Route–couldn’t be produced anywhere else but the US.

You can purchase an autographed copy directly from us on our Etsy Shop! Autograph included!

excerpt from the forward

My love for road trips is deeply rooted in childhood. My dad was obsessed with brochures that advertised kitschy roadside attractions–colorful flyers that tried to divert you away from your intended path. [Nowadays, because of the] roadside thrills I find so intriguing and even quite beautiful, I had to capture these places in a way that would match the mood and nostalgia of the subject matter: Polaroid photography was my answer…This book isn’t necessarily a greatest hits of Route 66, but rather what I found particularly inspiring and worthy of permanent capture. My hope is that my book works as a giant kitschy brochure, like the ones my dad loved so much, and inspires you too to explore the road less traveled.

what people are saying

Author of Ghost Towns of Route 66 and Route 66 Encyclopedia

“Their enthusiasm and excitement was infectious but it was their unique slant on capturing images of tarnished and weather worn Route 66 that set them apart from the hundreds of photographers currently documenting fast fading vestiges of the highways glory days.”

Co-author of Here It Is! The Route 66 Map Series and Route 66 Sightings

“What intrigues me and impresses me is that in a world where just about every angle has been worked to pique interest in Mother Road imagery, he has found a long-dormant nostalgic nerve to touch. How could any self-respecting road warrior resist?”

From PolaroidLand, author of Instant: A Cultural History of Polaroid

From Route 66 News
“It is the unpredictable nature of instant film that adds intrigue. The partially faded black-and-white image of the Central Camera neon sign in Chicago — especially with its ‘since 1899’ message — looks like something shot during the Great Depression . . . .One pleasant surprise is Robleski’s writing. Among the essays he sprinkles into the book are musings about the Rock Cafe, Lou Mitchell’s, Blue Swallow Motel, Motel Safari, Whiting Bros. stations, Blue Whale, Munger Moss Motel, and the ghost towns of Texola and Glenrio.”

From [Love] Instant
“With my love for instant film and the beauty in urbex, I stumbled across this awesome website that combines BOTH! . . .Chris has a mutual passion for Polaroid and especially selected the film for his Route 66 road trips. What he has compiled is exciting, inspiring and the beauty in decay with instant film is a match made in heaven!”

From Third Coast Digest
Thousands of Miles and Hundreds of Polaroids
“A deeper understanding Route 66 is what compelled Robleski and his girlfriend, Katie Nelson, to spend weeks locked in their Bay View apartment engrossed in the project. The couple are responsible for every facet of the book’s existence, except printing and binding. . . . Combining his evocative photographs and her digital design prowess, [Chris & Katie] launched a website this past summer called Fading Nostalgia . . . a grassroots effort for people with a shared interest in the forgotten and isolated to connect and share.”

local shops that have carried the book 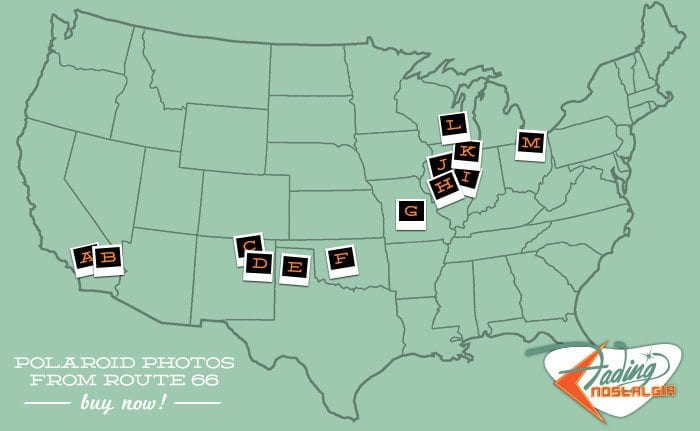 Buy a copy of the book on our Etsy shop! Autograph included! 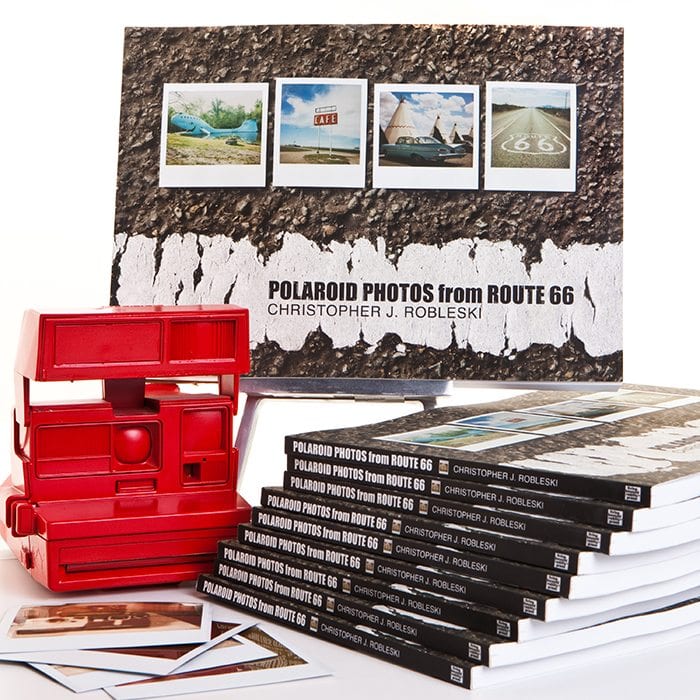