After a not-necessarily-restful sleep filled with severe t-storms rolling through northern Oklahoma until 2am, we packed up our stuff and headed off. Catoosa was our first stop outside of Claremore and even with half a dozen previous stops under Chris’s belt, we had to stop and say our hellos once again. Big Blue was even bluer than ever all thanks to the time, effort AND paint donated by the Bill Haynes Company out of Tulsa. 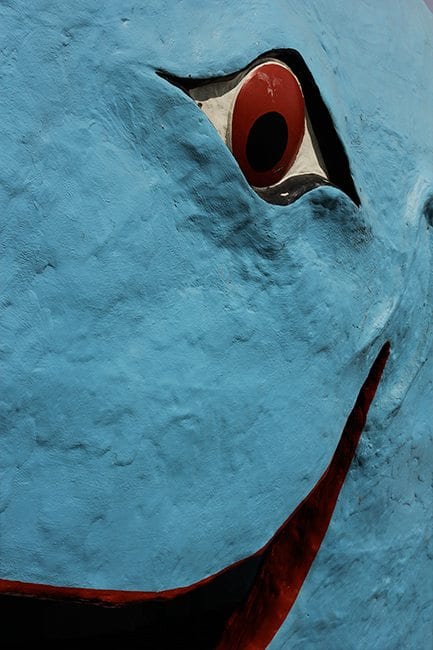 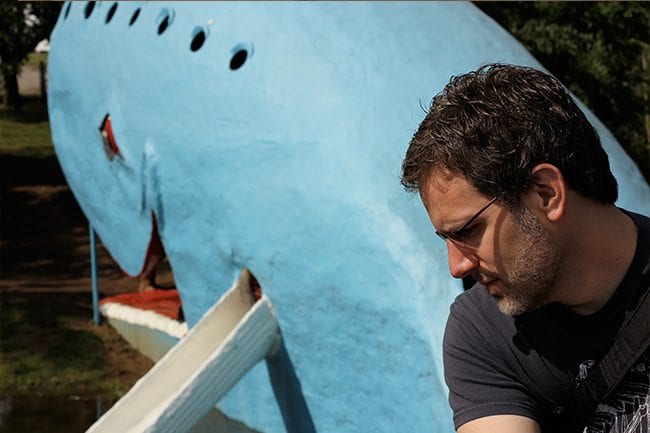 A boy and his whale – Catoosa, OL 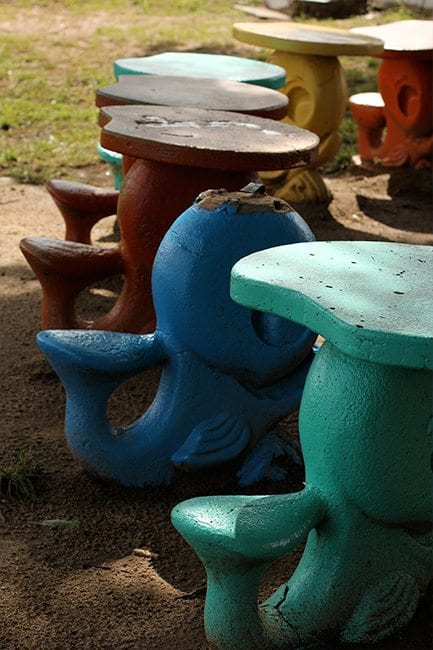 Well that’s a whale of a seat you got there – Catoosa, OK

We didn’t see any reptilian or amphibious wildlife like the last visit, but apparently we would save that for later in the afternoon (story to come, obviously!) The Blue Whale will always remain one of our all-time favorite stops along Route 66. It’s a beautiful park, outside of the city, perfect for a summer day. The caretakers and “fins” do such a great job of keeping it a 66 icon. Keep up the great work everyone!!

Tulsa was the next stop and we explored the heck out of this city! From the remains of old 66 coming into the outskirts of town to the old googie motel and service station signs that lines the boulevard…there was just so much to see as we dragged 66 into downtown. We’re both glad to hear that they want to breathe some fresh air into the Tulsa 66 history. 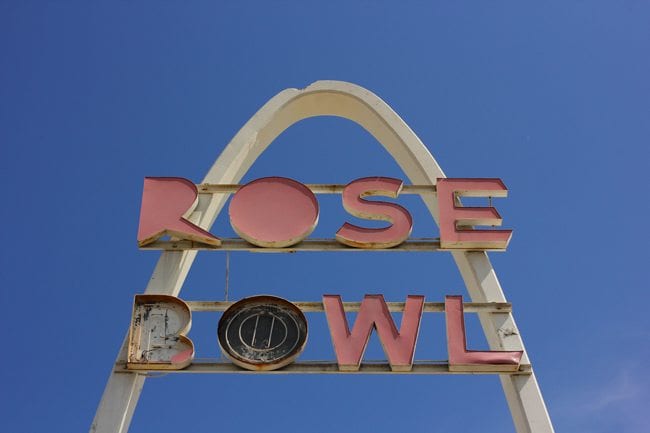 Next up: Side trip north to Wichita, Kansas, to reunite with our fellow kindred spirit in all things abandoned and beautiful. Kenzie has been one of our biggest supporters since starting Fading Nostalgia. She’s an old soul who takes some of the most gorgeous photos we’ve seen in the now relatively diluted world of urb-ex photography. We headed 30 minutes east of town to check out the Lily Lake School House in Augusta. 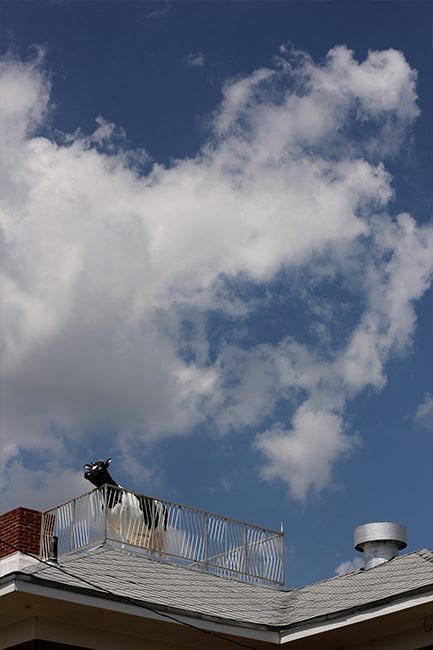 Not so much abandoned and not so much explorable as there were some guys outside, but we soon learned that a few kids broke a window recently, so they were fixing it. Nothing like a few bad apples. What was awesome though—besides the neon sign above the door—is that Kenzie recognized the cow sitting on top of the roof! Sure enough, they had just moved it from the Hiland Dairy building I think?? Correct me if I’m wrong! We explored more of the surrounding area. I was particularly fascinated with the big pieces of white fluff floating all around like snow. The interwebs tells me it was likely a Poplar Tree. Ah the little things. We headed back for Wichita to visit with Kenzie and her family for awhile before jetting back down toward Oklahoma City.

On the way we most definitely noticed this huge semi standing on its nose, off in the distance, so obviously we had to pull off the interstate to check it out. 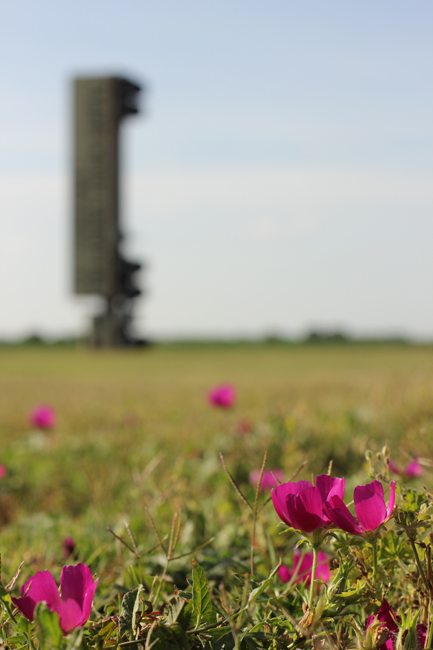 Flowers blooming in the upsidedown world

As we neared Oklahoma City, we remembered our plan to eat dinner at Pops in Arcadia in order to finally see the famous big white bottle sculpture’s light show at night. On a cut-through east of Edmond, we took a very remote backroad and stumbled upon an abandoned ramshackle house. Before we could mutter the words: ‘let’s come back tonight,’ we immediately noticed the painfully clear (literally) signage posted on a tree out front. Better not risk that. 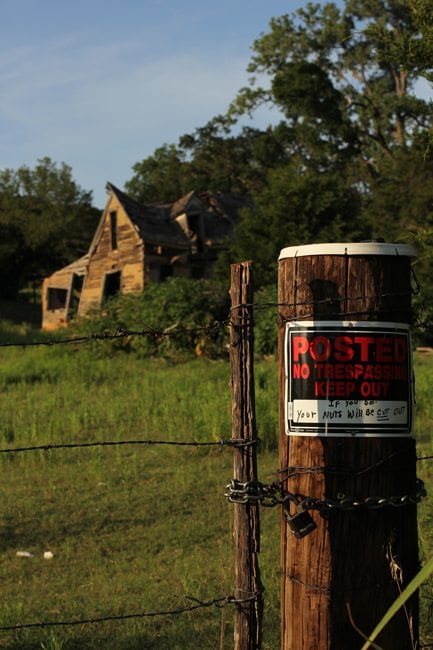 We also stumbled upon a turtle crossing the road!! 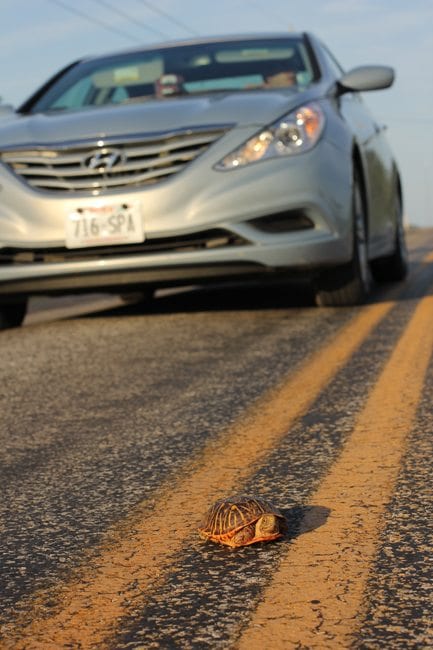 I mean look at that face!! 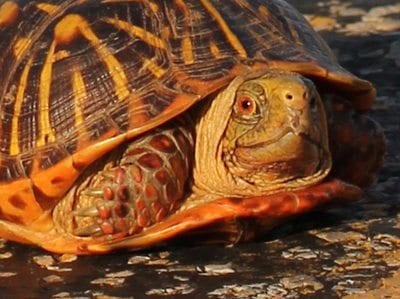 And then a snake crossed the road and we figured we should be on our way.

Pops was right down the road, so we pulled in, had some delicious food, were treated to some cheese fries on the house (?!), took quite some time picking out six out of 600 different kinds of sodas and began our hour+ visit with dusk and the bottle, its iconic white strips now lit up in red and blue. 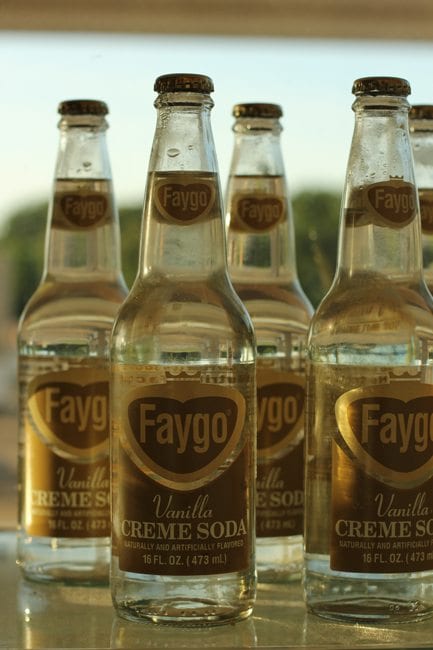 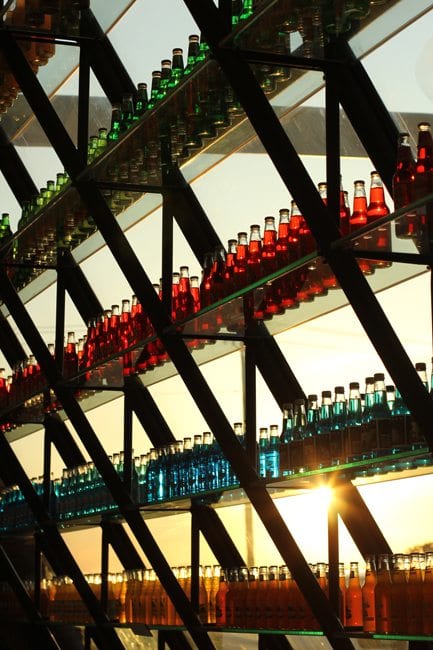 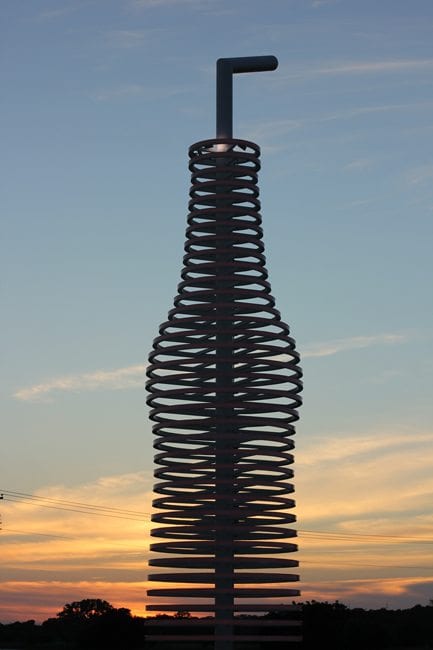 It was mesmerizing and we didn’t want to leave!! 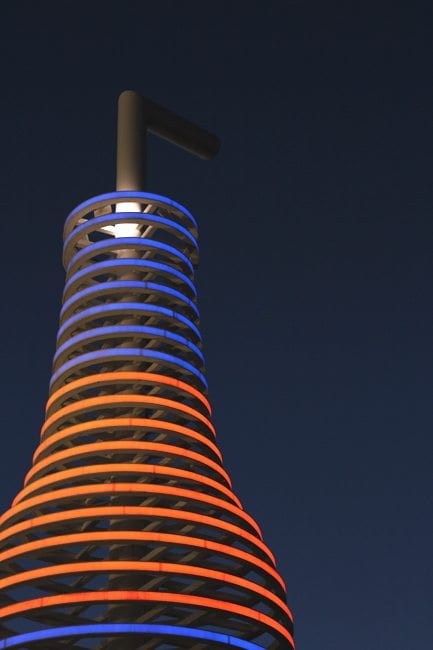 But we did and we made our way an hour backwards toward Stroud, OK, so we could stay at the Skyliner Motel. Now there’s no particular reason we wanted to stay at the Skyliner as it isn’t currently known for much more than its epic neon sign and the fact that the Rock Cafe is down the street, but the owners stayed up to wait for us to show and the room was just $52 + tax. It’s small, but clean and will definitely do the trick tonight! It’s hard to imagine we’ll be in Amarillo, TX tomorrow….