Five years ago today we launched Fading Nostalgia (now known as The Flash Nites, of course), but, to be fair, the seed was planted much earlier than that, before the two of us even met. Having traveled Route 66 several times, and enamored with the dying art of Polaroid photography, in 2008, Chris put together a small Blurb book called Fading Nostalgia: Polaroid Adventures on Route 66.

The two of us met in 2009, and it was crazy adventures from day one. One of our first dates involved trespassing into a train yard so Chris could demonstrate how light painting and night photography worked. What can I say, I was hooked. 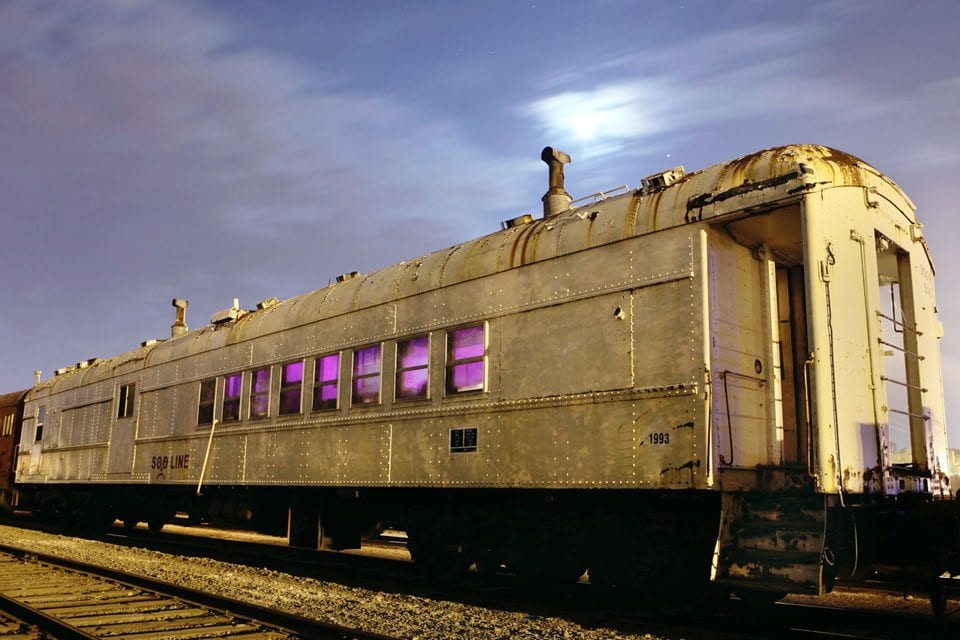 It wasn’t until 2010 that the two of us hatched a plan to create some sort of digital space, a way to share our Americana adventures, photos, and stories with other like-minded explorers. We decided that Chris’s original Polaroid book would be the perfect name for our budding project. We purchased the fadingnostalgia URL. It was officially-official now!

But procrastination is our strong suit, and it took a whole YEAR–our domain renewal email notification–before we hunkered down to create and launch the website. On September 1, 2011, Fading Nostalgia was born. 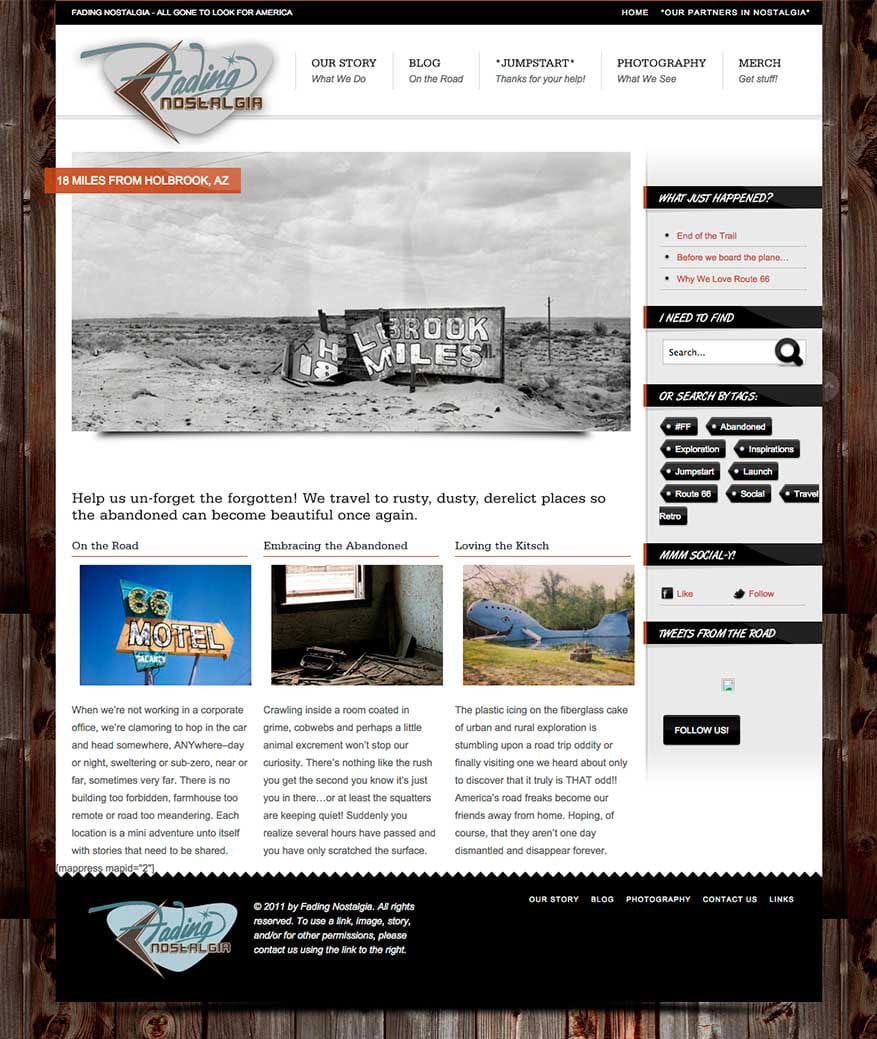 That old logo though!

Little did we know, for the next five years, we would ensconce ourselves in highway motels, greasy diner food, classic neon signage, gigantic fiberglass roadside oddities, historic architecture, and everything else that makes America the kitsch capital of the world. 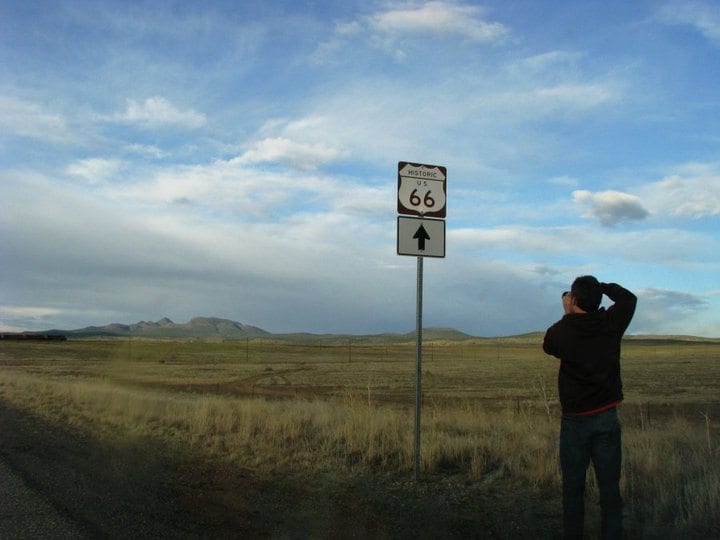 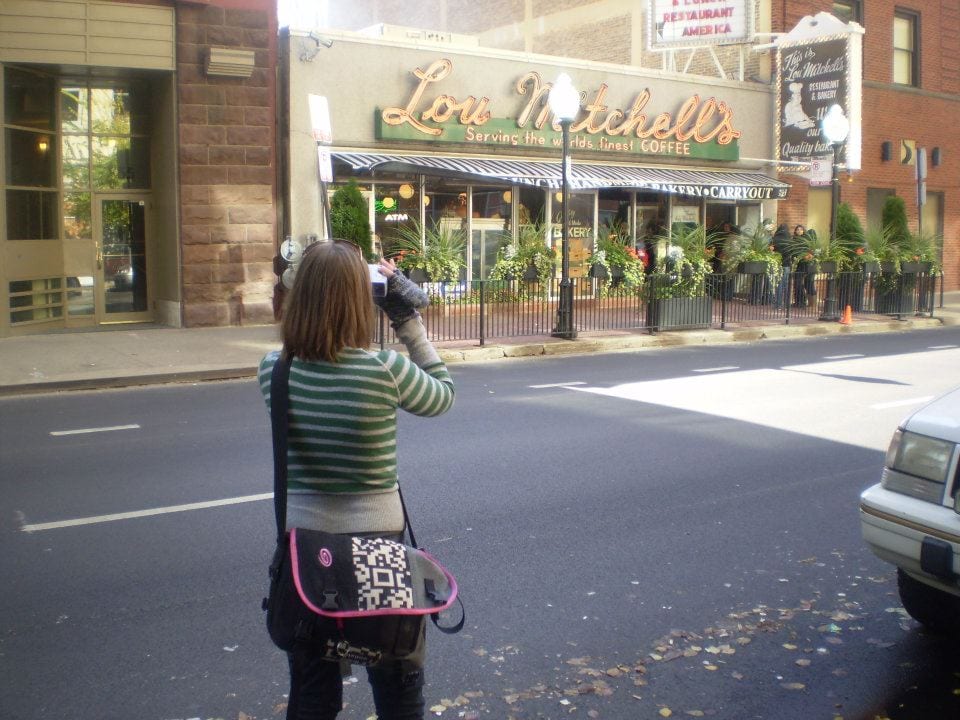 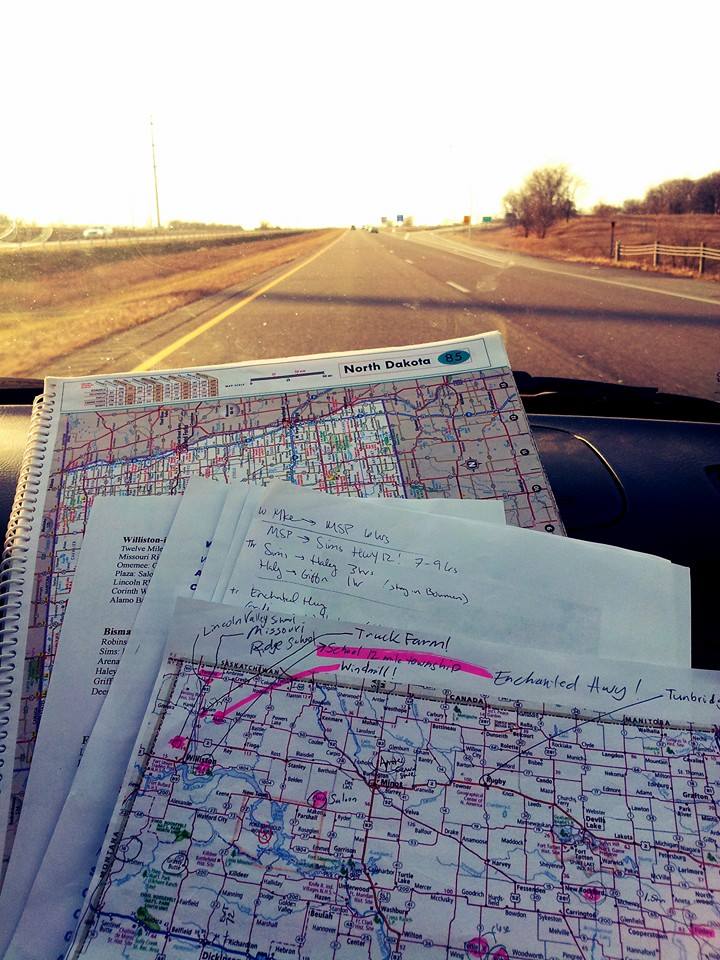 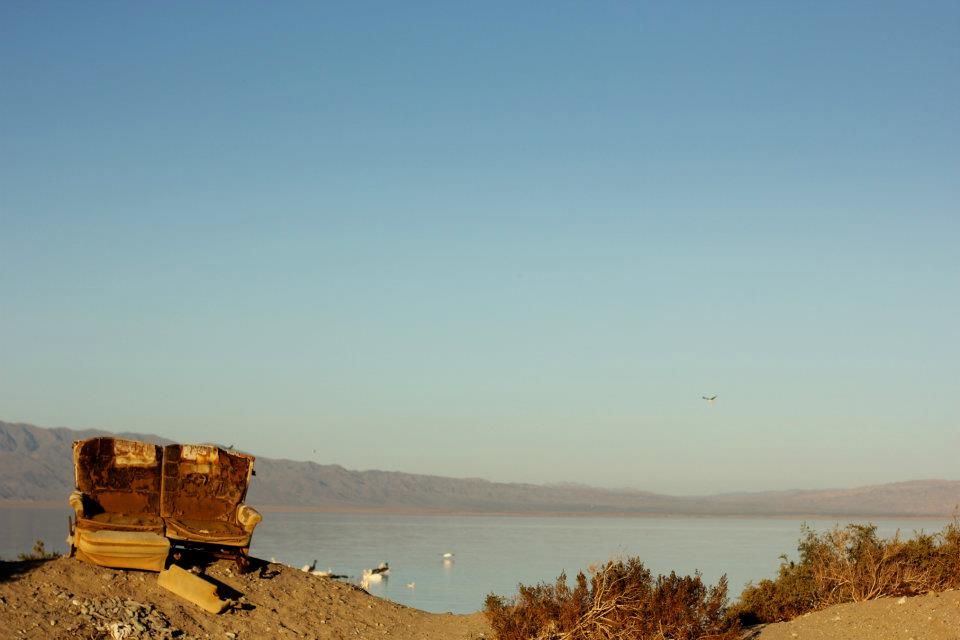 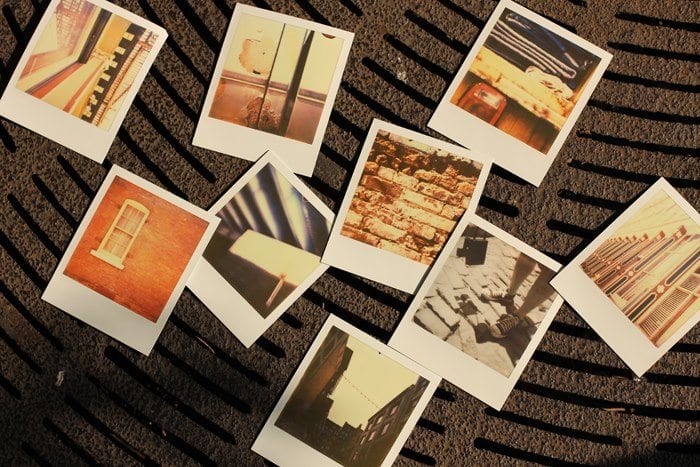 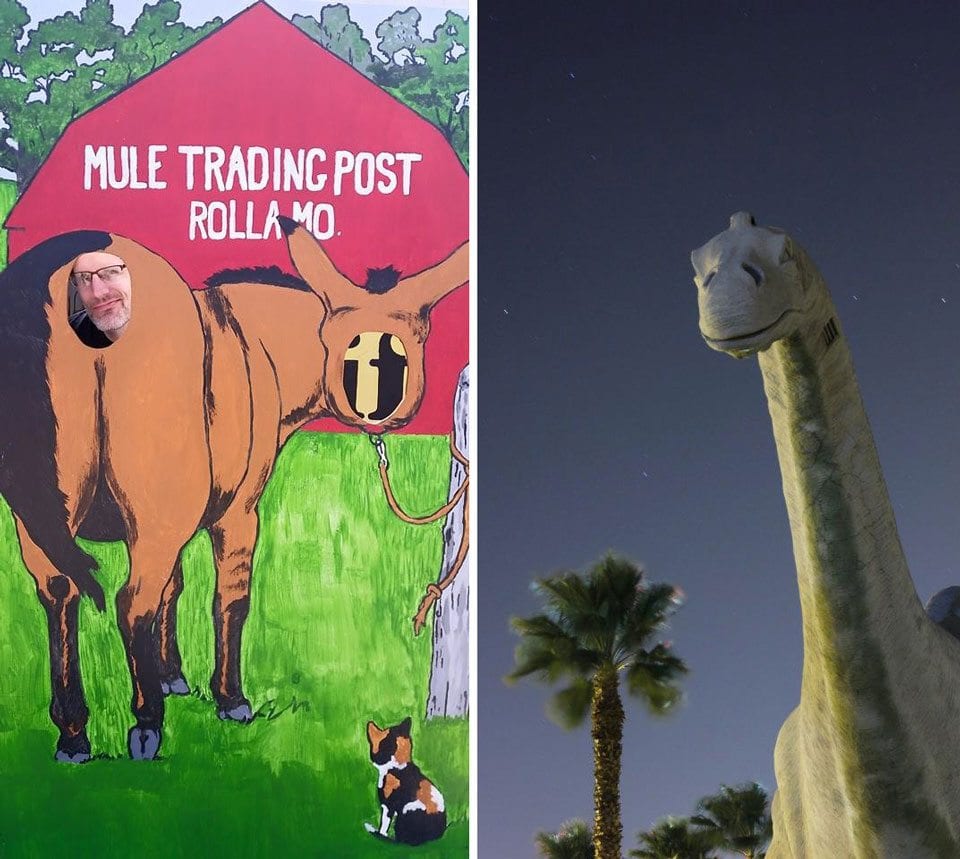 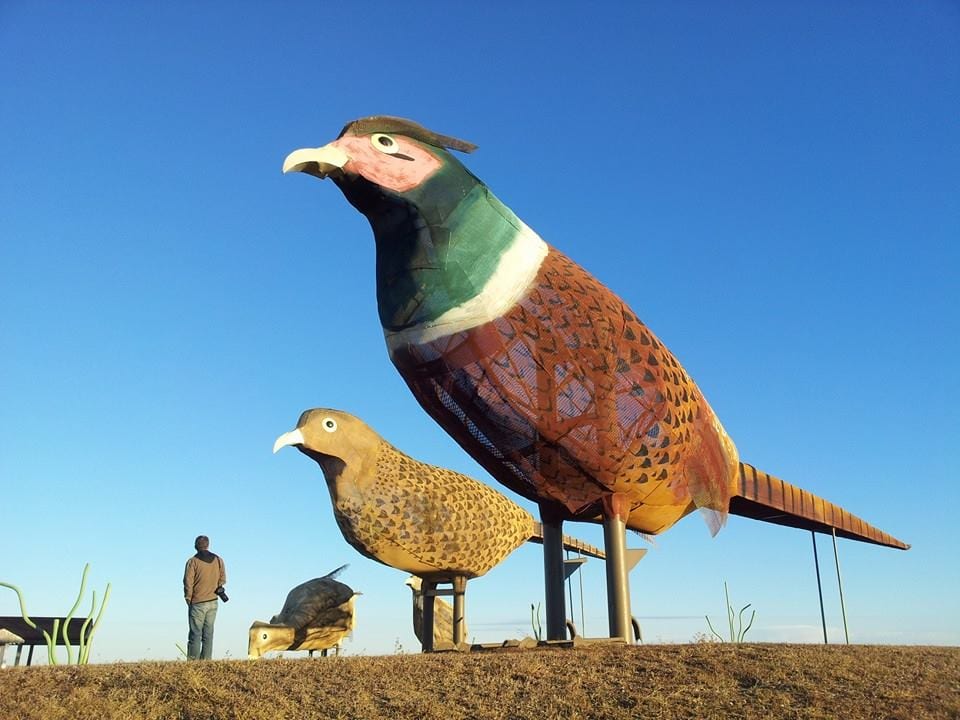 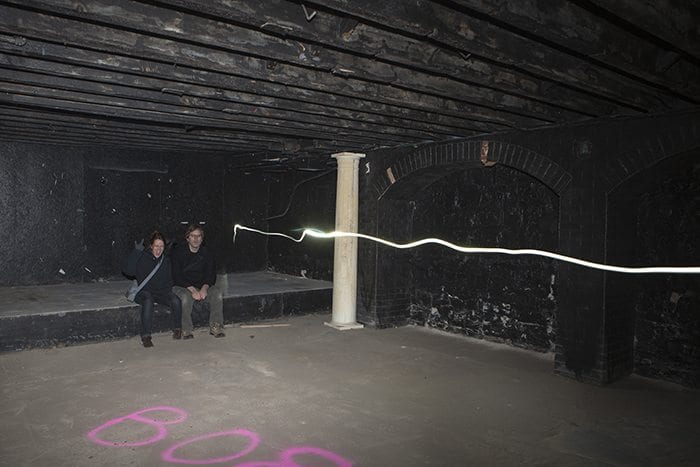 The following four months were insane. We organized our own little version of a Kickstarter with our friends and family called Jumpstart. In exchange for goods and shoutouts, we raised funds to travel the final stretch of Route 66 to Santa Monica, California, and finish up our collection of Polaroids to self-publish a full-blown book. (Thanks again, early supporters!)

After the trip it was all hands on deck: we scanned 275 Polaroids, wrote a dozen mini adventure stories from all of the trips over the years (trips that began very pre-Katie in 2006), designed our book template, found a printer, and even drove down to Chicago to take a photo of the actual asphalt of Route 66 for our book jacket. 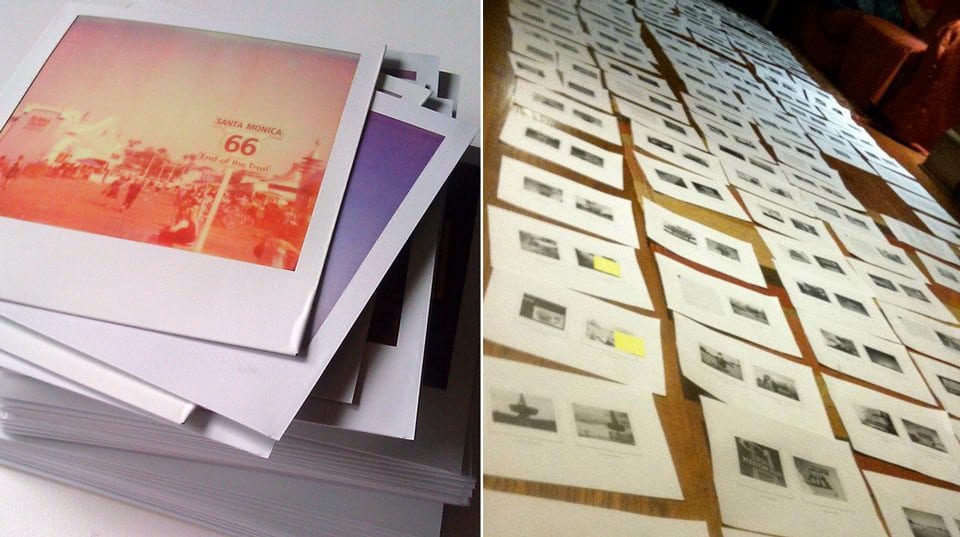 Around Christmas Eve of that year, four boxes of books, hot off the press, landed on our doorstep and we got to work hand-delivering and mailing out copies to our Jumpstart supporters. 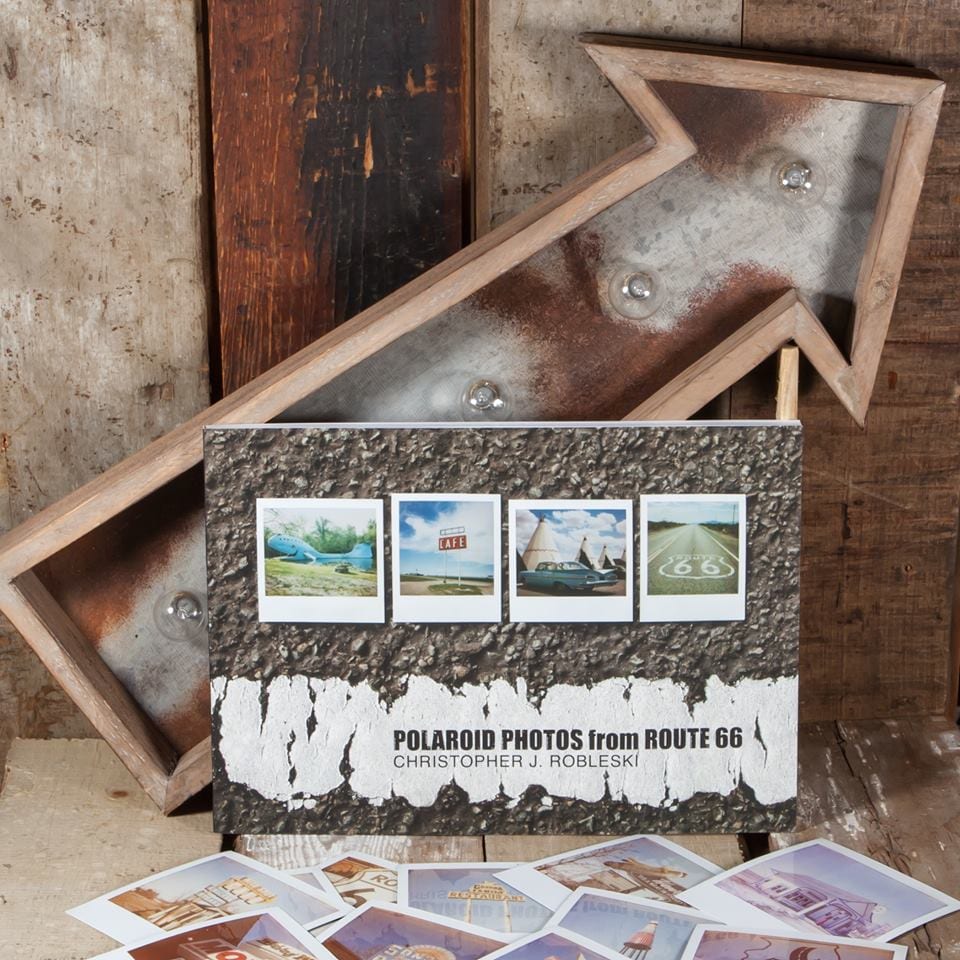 2012 was the year we took to the road to, quick literally, knock on the doors of gift shops, curios, museums, and motels along Route 66 to ask if they’d like to carry our book. And they said yes! We even set up book signings and conventions. 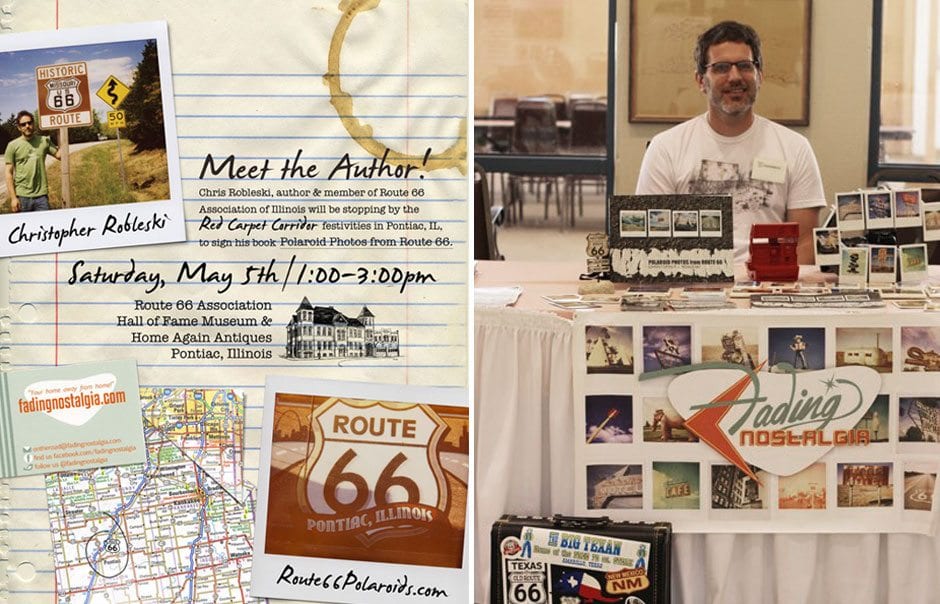 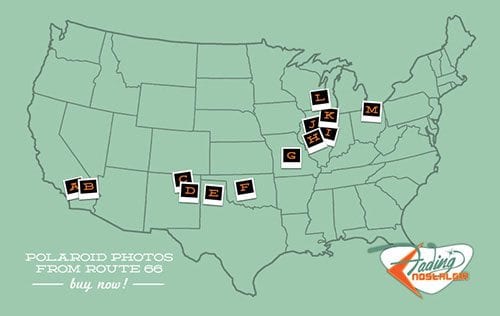 The Chicago Architectural Foundation Museum Gift Shop on Michigan Avenue even carried our book! The Polaroid Book Tour was a success; we sold out of our first run of books and quickly ordered another round. 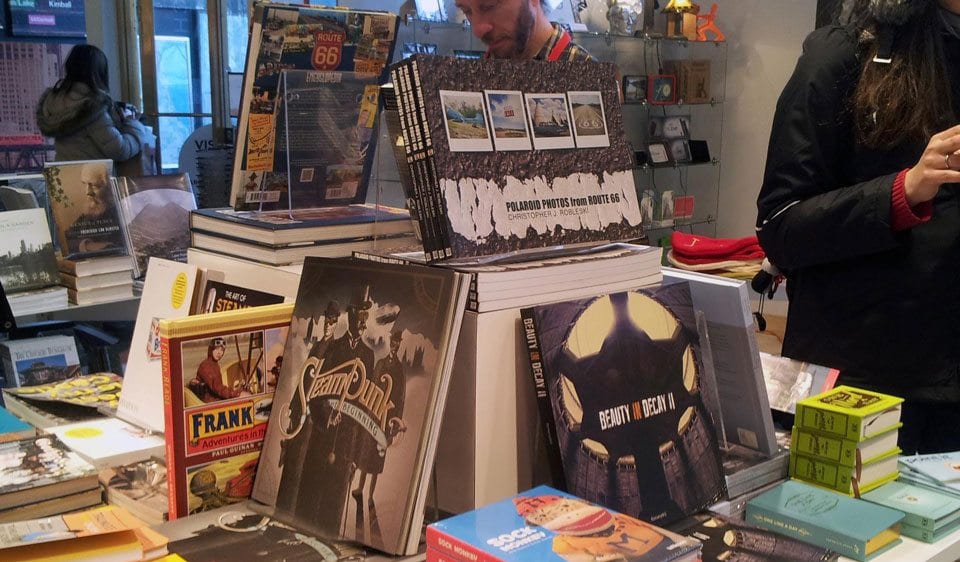 We even got our craft on and made road trip pins, and Polaroid coasters and magnets. Late nights pouring resin in our basement. Now THOSE were the days. 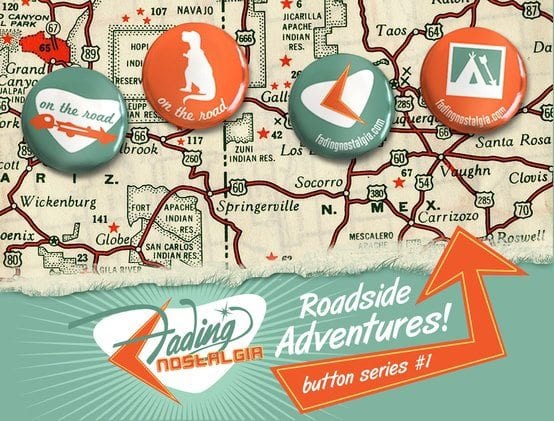 With the Polaroid project complete, Fading Nostalgia’s Dark Side started to take the stage. Chris had been light painting and shooting night photography since he studied at the Milwaukee Institute of Art & Design ten years prior. But with a little convincing, and a lot of research and manual labor, we built our own booth and started to show Chris’s photography in a small handful of Wisconsin art festivals.

Our first booth was made of PVC pipe and pegboards. Yikes.

As it turned out, people were pickin’ up what we were puttin’ down. Another successful venture! We had such a blast chatting with everyone who came into our booth that, in 2013, we decided to line up a full tour of a dozen midwest art fairs from Chicago to Des Moines to Minneapolis and back. We continued to do so in 2014 and 2015, and added new shows stretching as far as Austin, 18 hours away. Chris decided to devote his full attention to this new way of life, dropped his day job, and officially became a full-time artist. 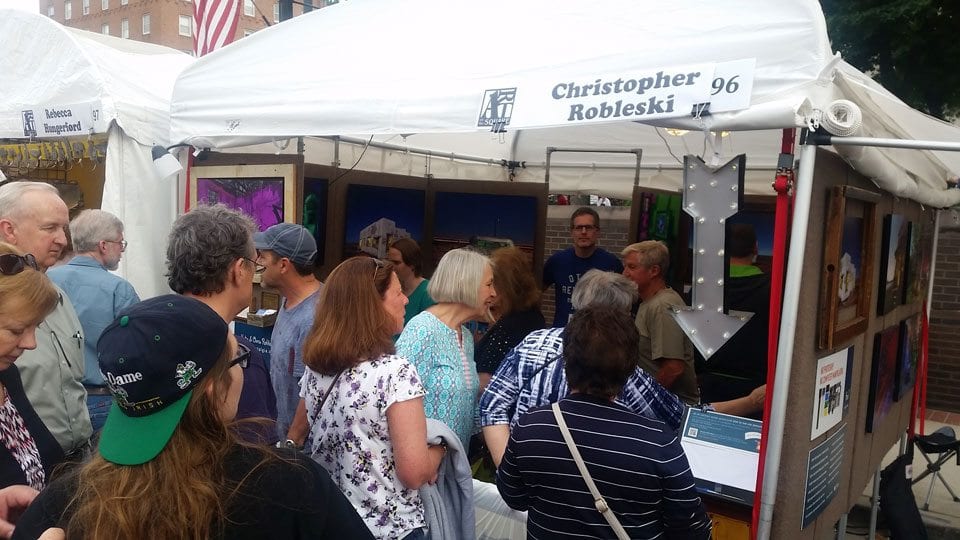 Of course I joined him for every single show, which involved boatloads of number crunching prior to each season to make sure my vacation days would allow for such things. All so worth it. There’s nothing like constructing your tent and booth in the wee hours of the morning, swapping stories with people all weekend, the frenzy of “take-down,” hoping to snag a parking spot close to your tent so you don’t have to cart everything down the block. And beer. Beer is nice too. Especially at the Iowa Craft Beer Tent and the K’zoo Beer Exchange. 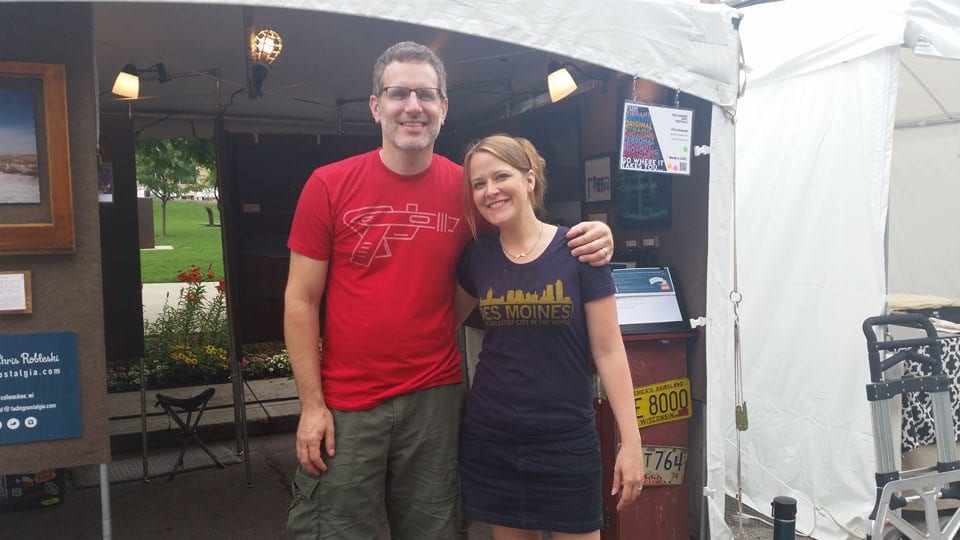 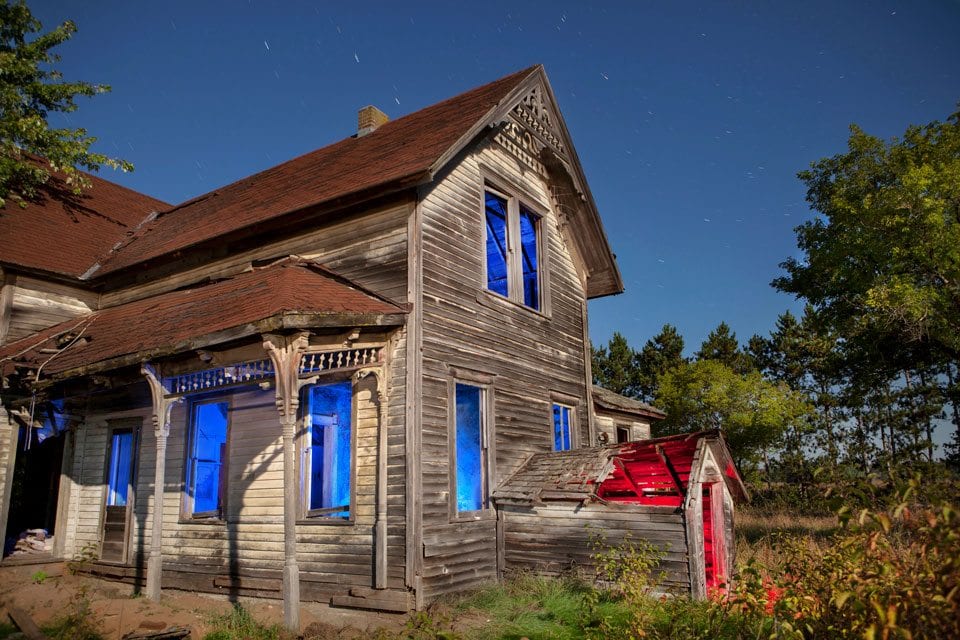 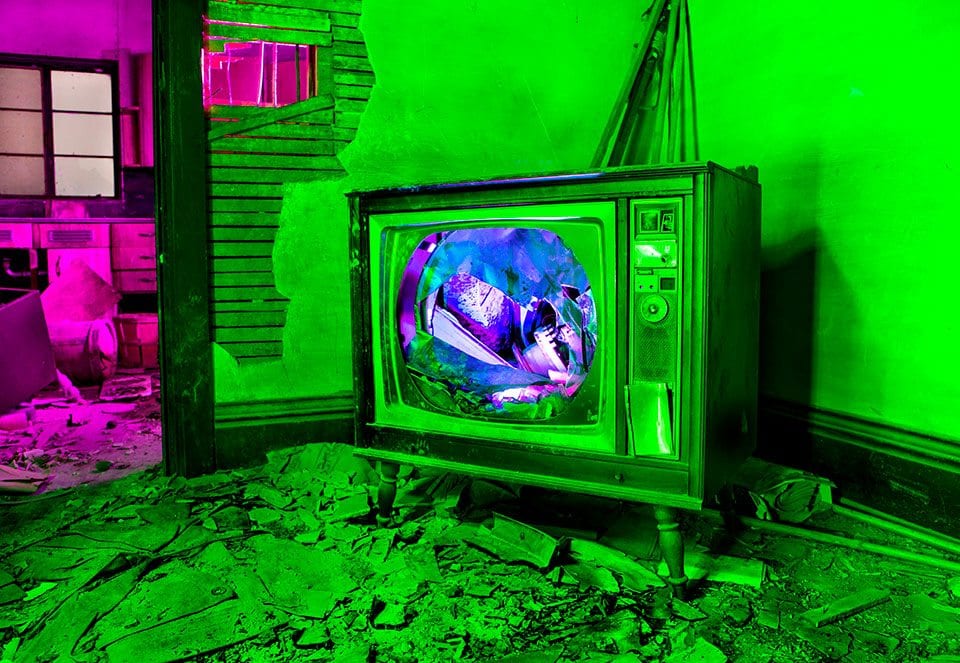 …to the ghost towns of North and South Dakota…

…to the historical, urban architecture of Gary and East St. Louis… 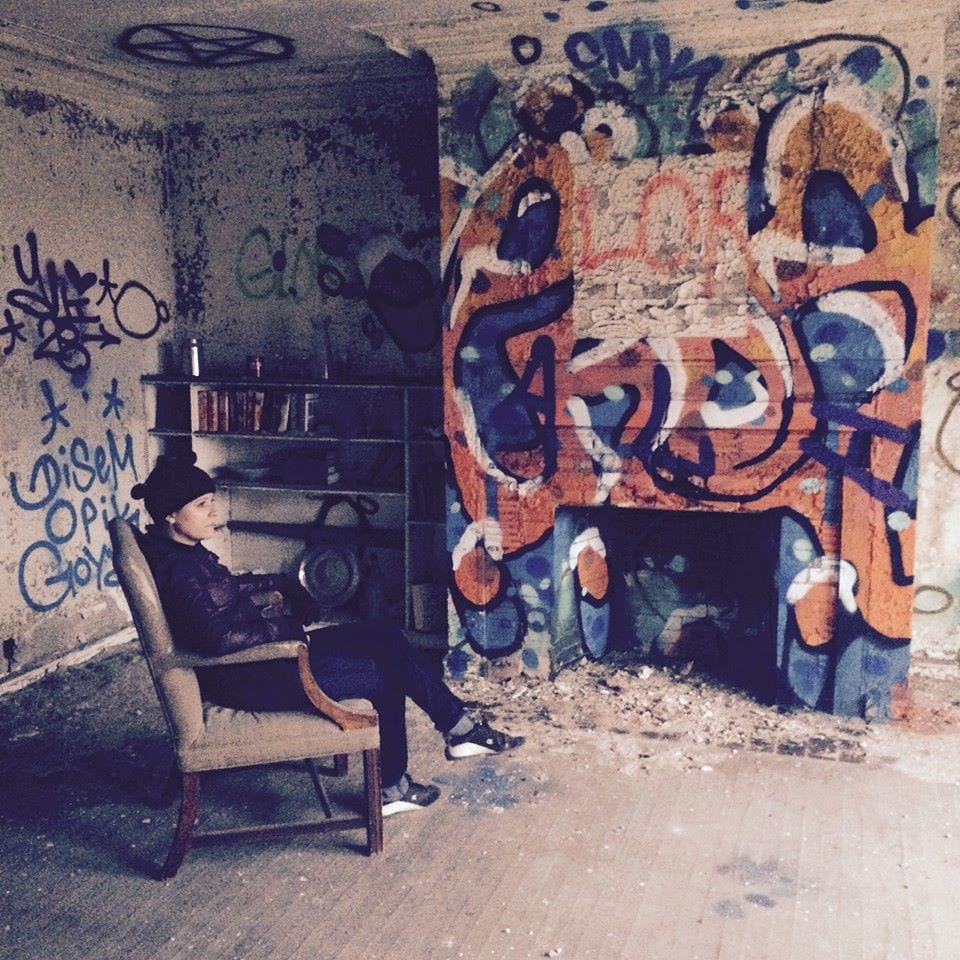 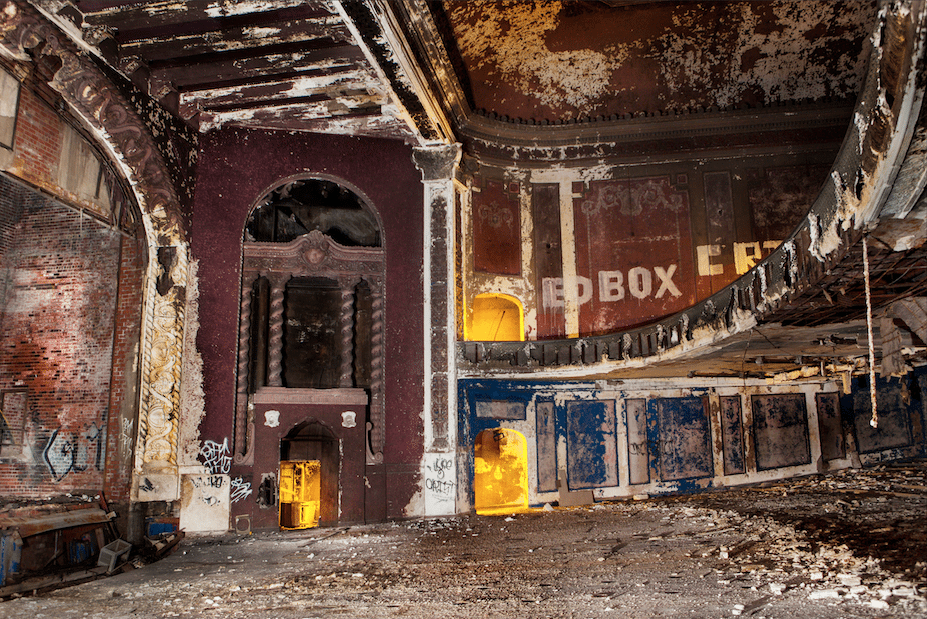 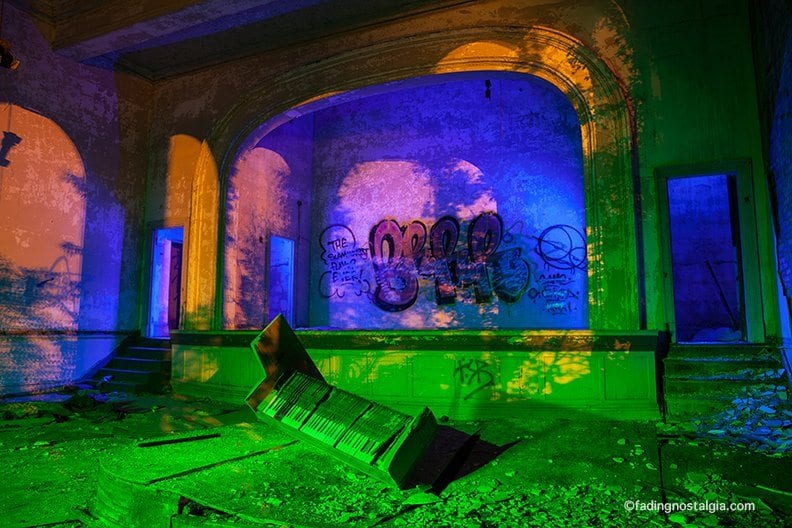 …and to the vast desert stretch through Texas and New Mexico. 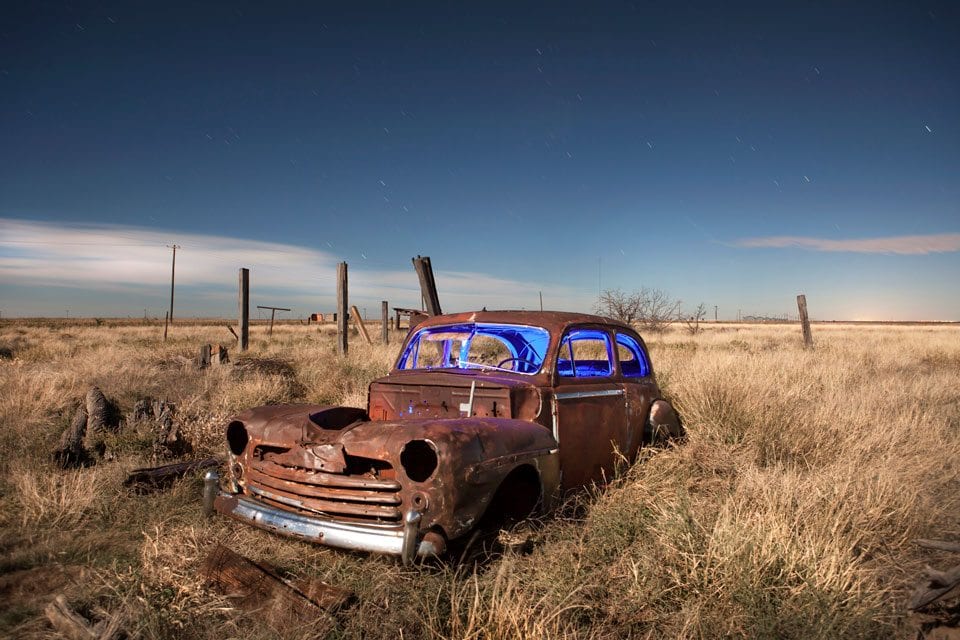 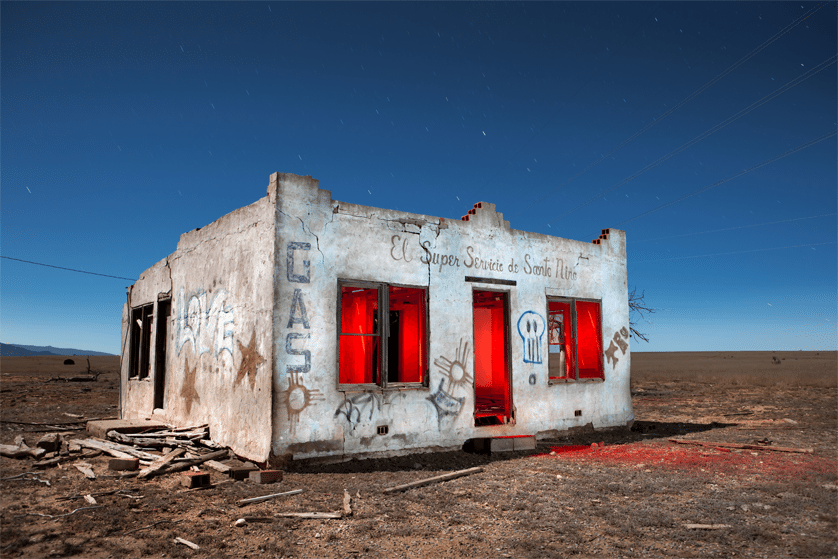 2015 sent us on another adventure: teaching kids!! As we described in our last blog post, Belleville Art Fair on the Square offers artists the opportunity to come teach at various schools in the area the day before the weekend show starts. All fears aside, we jumped at the chance and it was one of the coolest things we’ve ever done. The teachers darkened the room with black paper and turned out the lights. We set up our camera and gave the kids flashlights and let them create their own art. 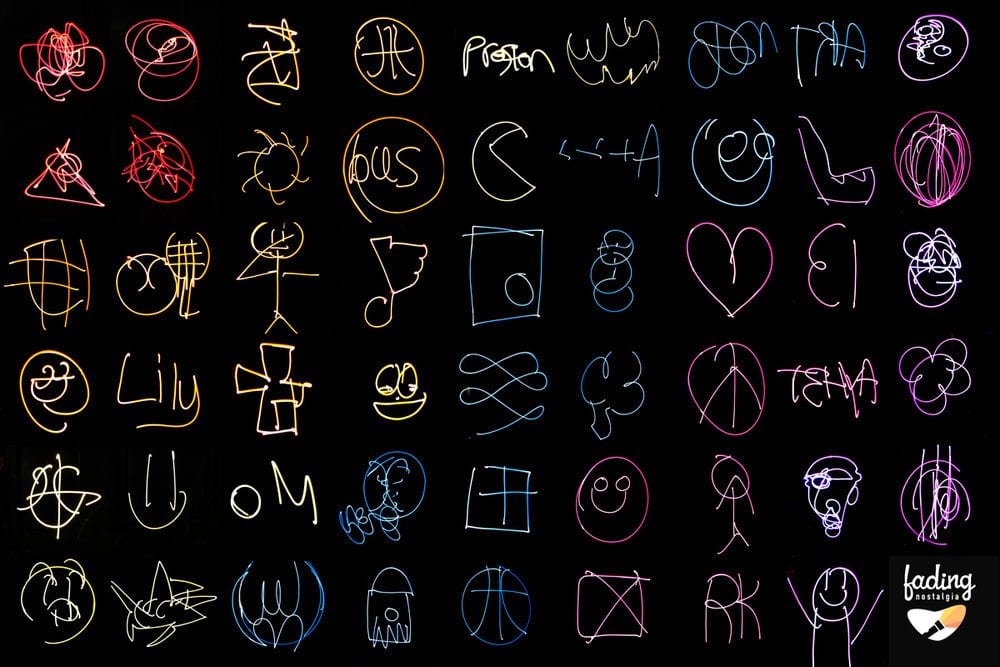 We signed up again in 2016, this time maxing out our day at six classes. To receive an email from a student who immediately went home to experiment with her own flashlights in the dark? Absolutely awesome. A highlight of our last five years.

In 2016, another career-change decision rumbled around the hallways of FN HQ. 15 days of vacation only get you to so many art shows and photography excursions per year. When Chris set out to the southwest on a week-long night photography excursion without me, I knew a change had to be made. I decided to part ways with my full-time agency lifestyle to pursue freelance design and devote more time to Fading Nostalgia and its potential to grow into something even bigger.

While Fading Nostalgia has transformed and grown over the past five years, one thing remains the same: your boundless support. From the first days of Jumpstart to just this past weekend at Chicago’s Bucktown Arts Fest, from our close family members who STILL visit us at shows, to complete strangers who have become our dear friends, Fading Nostalgia would not be possible without each and every one of you.

And for that, there’s just no proper way we can express how astonished, how humbled, and how grateful we are. All we can do is continue to create this art…to show that sometimes the ugly, broken, forlorn America is actually quite beautiful. Just depends on the light.

I gotta tell you guys, we have so many new ideas we’d love to create and share with you. We’d love to travel farther. And more often. We want to photograph this country’s hidden gems, its B-sides, its deep cuts. In a world of assembly-line, cookie-cutter, big-box store artwork, we want to offer you guys rare, limited pieces. Man, do we have our work cut out for us in 2017. But we’ve got a full tank of gas in Bloodball the Hatchback, a big Thermos of coffee, and one of those giant cartons of Goldfish crackers to get us to the next stop. 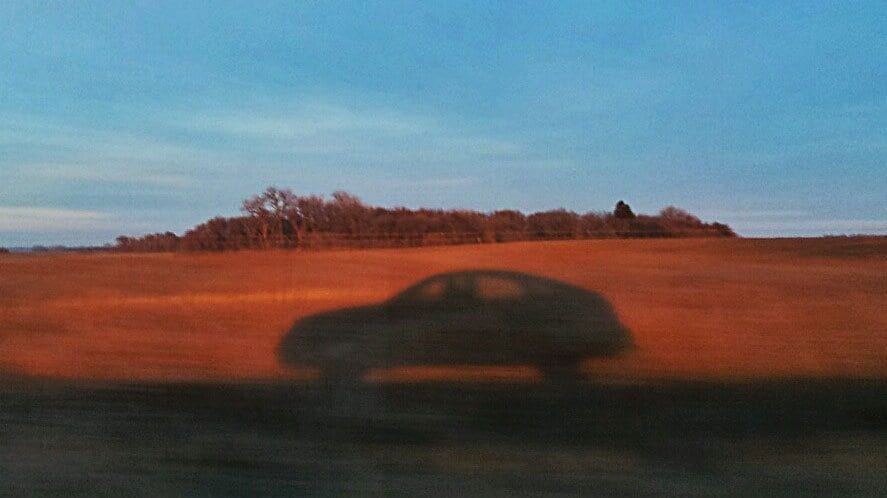 Sure, we’re not your Target or Apple, but we’re crazy proud of these numbers!!

including 1 Elopement Road Trip to Nashville

4 times we re-did our website at the last minute

All we can say is, quite simply: 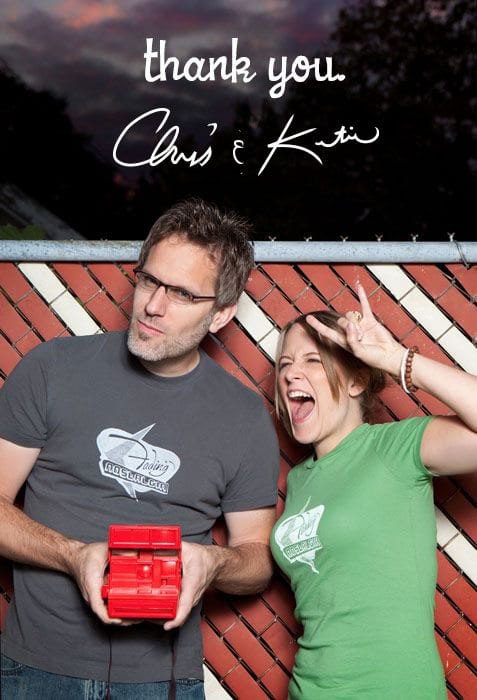